Home >> Antiracism in Dental Health Academia: Are We Centering the Right Voices?
Log In 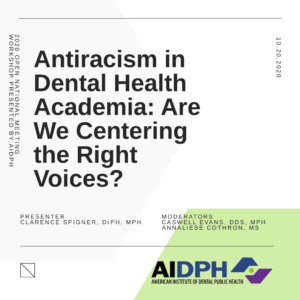 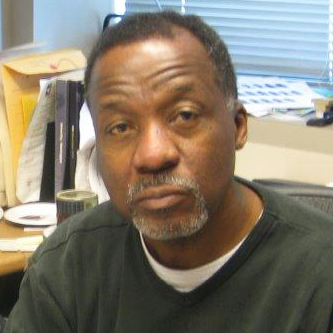 Antiracism in Dental Health Academia: Are We Centering the Right Voices?

Teaching antiracist principles to the future public health workforce is critical in advancing racial equity and racial healing. Public health academia must address racial inequity as part of the institutional infrastructure while actively infusing these principles and values into the public health teaching curriculum. Dr. Spigner illuminated the uncomfortable fact about academic programs in public health - despite our desire to teach antiracist principles and promote diversity within our programs, institutional policies, curricula, and the workforce itself are not actually in line with these goals. He shared promising practices implemented by the University of Washington and challenged participants to commit to prioritizing antiracism in policy and practice.

Did pre-doctoral work as a health planner for the National Health Service in London, England (1982-83). Earned his doctorate (DrPH) in 1987 from U.C. Berkeley. Assistant Professor at the University of Oregon in 1988 where he developed research/teaching interests in race/ethnic relations and health. Earned tenure as Associate Professor in 1994. Recruited to the University of Washington’s School of Public Health (1994). Studied tobacco-related behavior and opinions about organ donation and transplantation. Teaches Program Planning & Evaluation, Qualitative Research Methods, and Values and Ethics in Research. Developed new courses in Honor’s College based on prize-winning books (I am Charlotte Simmons and The Immortal Life of Henrietta Lacks). Directs his own study abroad program since 2007 called Dark Empire addressing multiculturalism and health in Britain.