AIDPH is guided by a team of established oral health leaders dedicated to advancing health equity through creative programming, experiential learning, and innovative collaboration. As a 501c3 nonprofit, the board of directors serves as both governance and fiduciary agents for AIDPH. 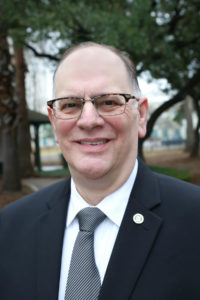 David P. Cappelli, DMD, MPH, PhD is a Professor and Chair of the Department of Biomedical Sciences at the University of Nevada Las Vegas, School of Dental Medicine. He received his MPH and DMD from the University of Pittsburgh. 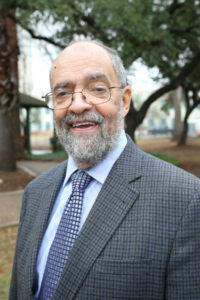 Caswell A. Evans, Jr., D.D.S., M.P.H., is currently the Associate Dean for Prevention and Public Health Sciences at the University of Illinois, Chicago College of Dentistry; he is also a faculty member in the UIC School of Public Health. 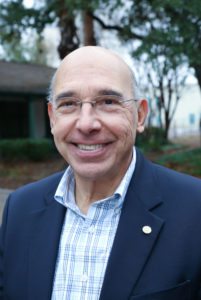 Raul I. Garcia, D.M.D., is Professor and Chair, Department of Health Policy and Health Services Research at Boston University Henry M. Goldman School of Dental Medicine. He is also the Director of the Center for Research to Evaluate and Eliminate Dental Disparities. 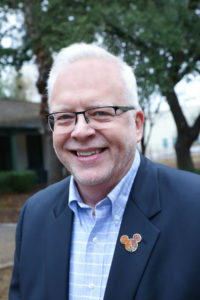 Previously he served as the Executive Editor and Project Director for Oral Health in America: A Report of the U.S. Surgeon General. For twelve years, Dr. Evans was Director of Public Health Programs and Services, for the Los Angeles County Department of Health Services. He is a member of the National Academy of Medicine, National Academy of Sciences. He is a past president of the American Public Health Association, the American Association of Public Health Dentistry, and the American Board of Dental Public Health. Dr. Evans is Chairman of DentaQuest Foundation Board. He also serves on the Chicago Board of Health and the boards of the Institute of Medicine of Chicago and the Children’s Dental Health Project.

CREEDD was established at Boston University in 2001 and is supported by the National Institutes of Health. The Center’s aims are to identify the determinants of oral health disparities and to design and implement community-based interventions to eliminate oral health disparities, with a current focus on children and their caregivers. In addition, he is the Director of the U.S. Dept. of Veterans Affairs (VA) Dental Longitudinal Study (DLS), a decades-long investigation on aging and oral health. The VA-DLS has also examined the role that oral conditions may play as risk factors for cardiovascular disease and other systemic health outcomes, and how oral conditions may affect health-related quality of life.

At the national level, Dr. Garcia has served as President (1998-1999) of the Hispanic Dental Association, the national organization whose primary mission is to improve the oral health of Latinos in the U.S. He is also a Past-President (2017-2018) of the American Association for Dental Research. In 2019, he became the first dentist appointed to the Advisory Committee on Minority Health of the U.S. Dept. of Health & Human Services (DHHS). The Committee advises DHHS on policies and programs for improving the health of racial and ethnic minority populations in the U.S. At the local level, he has served as Chair, and current member, of the Massachusetts Oral Health Advocacy Task Force, and as President (2010-2011) of Health Care for All, Inc., the major consumer-based health advocacy organization in Massachusetts.

He has worked as a dental director in the Indian Health Service and Federally Qualified Health Centers as well as being a HRSA regional dental consultant providing technical assistance and guidance to health centers in the Upper Midwest. He served on the Board of Directors of the National Network for Oral Health Access (NNOHA) and was an expert advisor for Safety Net Solutions seeking to improve the financial stability and productivity of health centers.

Dr. Geiermann is a proud graduate of the University of Michigan School of Dentistry.  He is a Senior Fellow of the Center for Excellence in Government, the American College of Dentists and the International College of Dentists. He is chair of the Best Practices Committee for the Association of State and Territorial Dental Directors and serves on the American Association of Public Health Dentistry’s Council on Practice.  He is a member of the National Oral Health Coordinating Team for the Oral Health Progress and Equity Network.  Addressing the oral health of underserved populations is his passion.

Joshua Houston is an attorney and registered lobbyist with 15 years of experience in legislative and regulatory affairs. He currently serves as General Counsel and Director of Government Affairs for Texas Impact/Texas Interfaith Center for Public Policy. 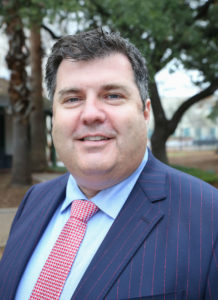 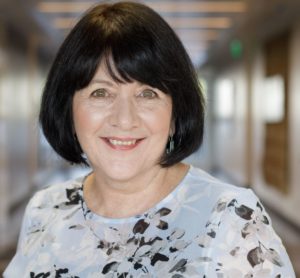 After graduating from dental school in Australia where she grew up, Andrea Hight practiced dentistry for the Tasmanian Health Department before marrying an American on a trip to the US.  At that point she had to switch countries.

Before coming to Texas Impact in 2010, Josh spent the 81st Legislative Session as a Law Clerk in the Texas House of Representatives, and as a legislative consultant during the 79th Legislative Session. During law school, he interned at the Travis County District Attorney’s Office in the 147th District Court, was on the Thurgood Marshall Mock Trial team, and worked as a student attorney in UT Law's Legislative Lawyering and Actual Innocence Clinics.

Mr. Houston earned his Doctor of Jurisprudence in May of 2010 from the University of Texas School of Law. In 2007, he received a Master of Theological Studies from the Candler School of Theology at Emory University in Atlanta, Georgia. He completed his undergraduate work in 2004 at Texas A&M University with a Bachelor of Arts in History with a minor in Philosophy.

A fourth-generation Texas born and raised in Dallas, Mr. Houston enjoys outdoor activities on the beaches, rivers, and hill country of Texas. He is an active member of his church, and serves on the Board of the American Institute of Dental Public Health.

He is currently one of the Associate Section Editors of the US Surgeon General’s Report on Oral Health 2020. This will be a sentinel report documenting the importance of oral health for all US residents.

Prior to his current position, Dr. Chaffin served as the State Dental Officer in the Wisconsin Department of Health Services. The Wisconsin Oral Health Program focused on promoting and improving oral health for all residents. He completed a 21-year Army career with his last assignment serving as the Dental Chief for the TRICARE Management Activity. In that role he was responsible for oral health policy for the Department of Defense and managing three large multi-billion dollar military dental insurance programs with world-wide coverage. He served as the Consultant for Dentistry to the Assistant Secretary of Defense for Health Affairs an as the Consultant to the Army Surgeon General for Dental Public Health.